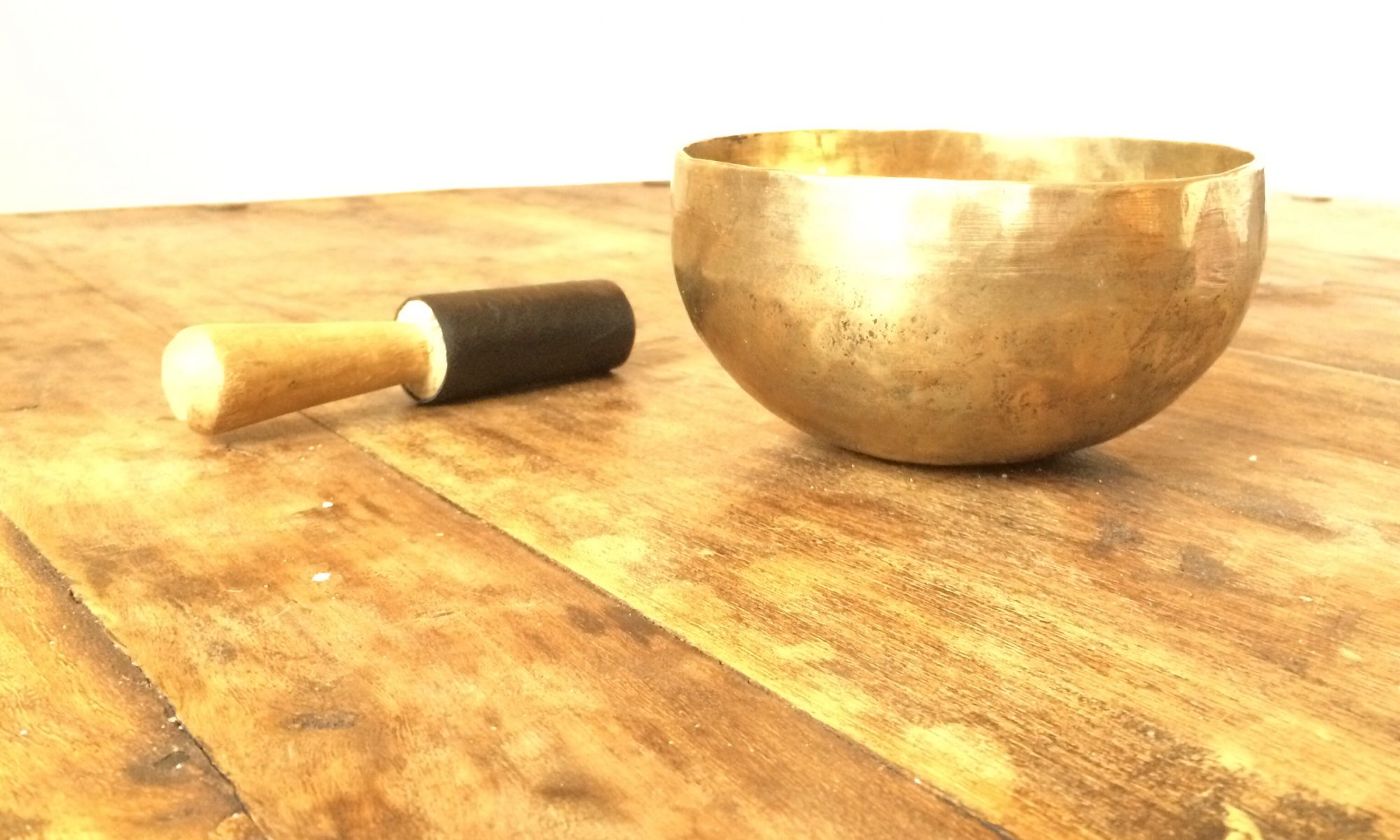 Humans want certain things. Things that hold the promise of making us happier than we are at present. The promise of a better, more fulfilling life. The things we want can be material, they can be social, and they can be developmental. The social desire to be respected, common among insecure people, is an example. Wanting to be able to do karate can be seen as an example of a developmental desire.

Nevertheless, this promise of a better, more fulfilling life seldom works out the way we think it does. Generally, getting an outcome we want leads to the arising of a new desire or need. We are rarely satisfied for long, and tend to either look down upon our past acquisitions or conquests, or take them for granted. Most people spend their lives travelling towards destinations that, on arrival, don’t seem quite as worthwhile as previously imagined.

Humanity’s desire therefore is boundless, a veritable perpetuum mobile. And blindly following it may lead us to mis-live. To mistake the trees for the forest. To spend most of our time chasing things that are mirage-like in their unattainability. Things that our environment can never sustainably provide and that we ultimately can only give ourselves, anyway: happiness, contentment, emotional security.

This is a monumental source of suffering, often not seen through until late in life, when the fires of youth have simmered down and both willpower and willingness to turn over a new leaf are low.

So let’s see if we can be smart about this. Let’s attempt to catalogue human needs and desires, their general motivations and how they may be recognized.

We all have certain desireneeds. An inverted pyramid of things we need or desire to get from outside of ourselves, and that our minds help us to obtain. The following describes a flowing continuum, containing the items of our lives. Items such as travel experience, clothes, authority, life options. Whether any item is regarded as a desire or a need is dependent upon the strength of your personal preference. It goes without saying that the more life items are perceived as needs, the more “high maintenance” one’s life has become. 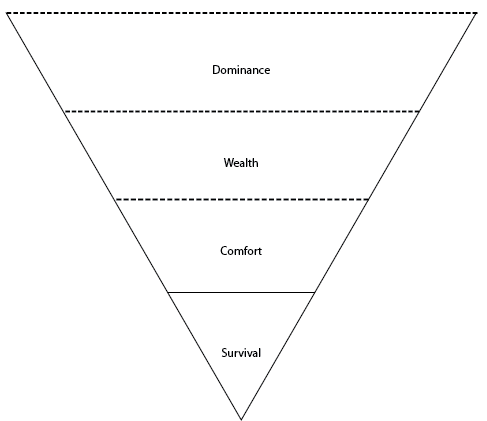 It all starts with survival. Naturally, without survival we wouldn’t have much else to want. This is a true need. Indeed, in living beings, this need is paramount. It would be hard to understand how life on earth would have persisted for over a billion years without vigorous pursuit of this most basic of needs.

Human survival needs generally include nourishment and shelter, clothing, and – maybe to a lesser extent, but not much of one – love and social acceptance. Perhaps in the anonimity of most (Western) cities, having a bit of money can be counted toward survival.

The second category of desireneeds – built right on top of survival and virtually indistinguishable to people who have not actually needed to struggle for survival – is the need for comfort. Absence of direct violence and access to running water, central heating, furniture, sex, friendships, family life, freedom, presentable clothing, work, meaning and a spiritual life can be considered pertinent to most people’s comfort. In general, the comfort category holds objects that are not crucial to one’s immediate survival but that would be sorely missed if they break down or disappear.

The comfort category may not contain “true” needs to the extent that the survival category does, yet they are often seen as needs more than as desires. In most Western societies, this category holds most of the so-called inalienable human rights.

The continuum is extended with the desireneed for wealth. The location of the dividing line between what is considered comfort or wealth can vary tremendously, depending upon who you ask. In general, the wealth category holds objects that are “nice to have, but not essential”.

Ownership of a car can constitute wealth to one person, whereas this same car can be a comfort item to someone else. Same goes for a large social circle, political influence, fulfilling work, material wealth such as a pension or a savings account, physical fitness, knowledge, etcetera. So you can imagine that this is where things get a little wonky. How, then, to tell them apart? In the wealth category, status, mobility and independence become major considerations.

The last, and broadest phase in this continuum is represented by the desireneed for dominance. Dominance can assume unlimited personas and is not limited to violent means or desires. Whereas wealth can generally be viewed as “keeping up with the Joneses”, dominance implies surpassing the Joneses in such a way that one is able to structurally influence if not dominate their decision-making.

Marketplaces tend to invite dominance. Then again they also channel it, as the purest form of dominance is physical violence, which needs largely to be curbed for markets to function.

Put another way, the primordial arena for dominance is the one where (the threat of) physical violence reigns supreme. The establishment of effective government – essentially holding a monopoly on violence – creates the security that marketplaces need to thrive. The dominance that is pursued through markets is therefore a slightly refined version of the ultimate violent dominance, pursuit of which would be unwise within the jurisdictions of most of the contemporary nation states.

What then is the use of this hierarchy of desireneeds? The object of this hierarchy is to provide a framework for assessing your life, as it is right now. Most people tend to want happiness, at least that appears to be the motivation behind many of our thoughts, intentions, speech and actions. After all, precious few people wilfully expend energy in order to become more unhappy.

In gauging which desires or needs are present in the different domains of your life, you are able to lay bare the suppositions that are inherent in wanting something. And you are better able to “try them on”, so to speak. To assess in what way your desireneeds are able to get you where you want to go.

By juxtaposing our current set of desireneeds with an honest assessment of the results of past desireneed fulfillment, we gain a framework for the investigation of our mostly automatic mental and emotional patterns. Through this investigation, we can learn to transmute some of our perceived needs into milder forms of desire, weaken some of the desires that aren’t serving the majority of our other desireneeds right now, and in so doing mitigate some of the wilder patterns of thought, intention and behaviour that may be causing us suffering.

Experimenting with this meta-awareness of the contexts of your desireneeds yields insights that are not always easy to come by in our society, which is preoccupied with feeding most of our desireneeds and does not as a general rule facilitate or teach meta-cognitive investigations of this sort.